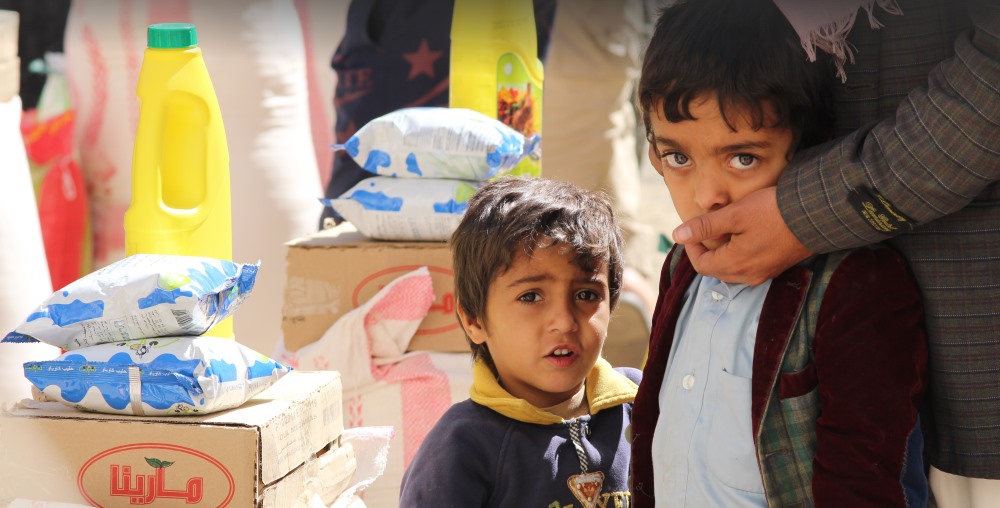 Hunger is a major problem affecting hundreds of millions across the world. Even where famine is not the immediate cause, the grinding poverty that characterises many parts of the world leads to malnutrition, illness, and in the worst cases, death.

Most people who battle hunger deal with chronic undernourishment and vitamin or mineral deficiencies, which result in stunted growth, weakness and heightened susceptibility to illness.

Countries in which a large portion of the population battles hunger are usually poor and lack the social safety nets we enjoy, such as soup kitchens, food stamps, and job training programmes. When a family cannot grow enough food or earn enough money to buy food, there is nowhere to turn for help.

Ummah Welfare Trust emergency food packages are composed of a variety of staple foodstuffs which cover the major food groups. These are usually distributed in areas which are in need of emergency relief as well as in abnormally poor areas.

It is not becoming of a Muslim to sleep on a full stomach whilst those around him (his neighbours) go hungry.
[al-Hakim]

£50
to provide an emergency food pack