Islam was the main target of the communists in Albania, who began their rule in 1944.

With the advent of their rule, all waqf properties were nationalised and hundreds of ‘Ulamaa, accused of collaboration, were executed. Religious life was governed by strict regulations. Muftis were appointed by the state, prayers were to be said in Albanian and only masjids that were absolutely necessary remained open. Despite these tribulations however, many Albanian Muslims persevered and held steadfast onto the rope of Islam, alhamdulillah.

Albania is today one of the poorest countries in Europe. Rural poverty in the country is particularly acute, being at least 50% higher than in urban areas.

Ummah Welfare Trust sponsors orphans and teachers in Albania with the goal of providing children with a comprehensive Islamic education. 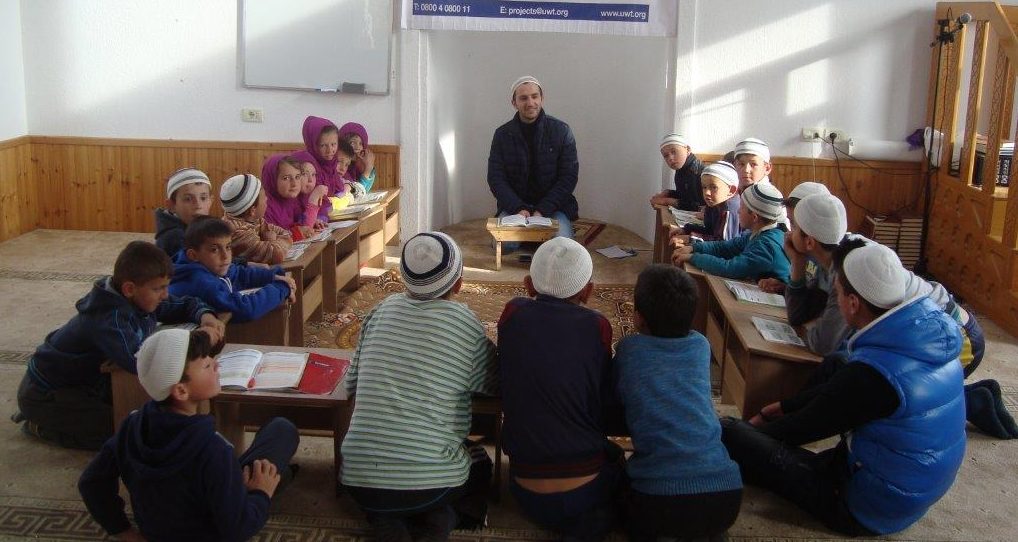 16 teachers
currently being reimbursed
to teach children for free.